The day after Thanksgiving is a notorious shopping extravaganza at many stores.  So we thought it would be fun to show up at a store that had advertised amazing prices.  Prices that were only for those brave enough to be there when the doors opened.  Most folks  go late in the evening.  After all the football games have been won or lost and seconds from the Thanksgiving feast successfully accomplished  they set up camp,  securing their place in the line.  After garnering permission from the store, we moved forward with  “Operation Coffee Cart”  Early in the morning, 4 am to be exact, a group of us showed up to a K-Mart parking lot to give ( I really do mean GIVE ) away free coffee and hot chocolate.    You would have thought we were growing horns and dripping with slime.

We would get those looks. You know, that look that says are you for real?!   I get that look often, not because I am weird.  (Not that weird is a bad thing) But I AM different.   I like to live intentionally, extravagantly, and sometimes on the edge.  I also hang around a bunch of people who are that different as well.  You see, it doesn’t hurt me to give, to love, to find the good in people and help them find it as well.

But I didn’t start it.  This is not my brain child.  I am actually a copy-cat, and I like it!

I am simply a product of Someone living intentionally, extravagantly and lovingly toward me.  I like that so much that I want to spread it around again and again.

It costs me nothing to continue to live a life that pours itself out, yet is always being filled by One who made every source.

Have you found yourself clinging to what you call “mine”?   I have too.  The problem is, when I think I own something,  it owns me.

I want to rid myself of an identity that finds itself in shallow objects that neither speak or love or heal.

Would love to hear your heart. Cancel reply 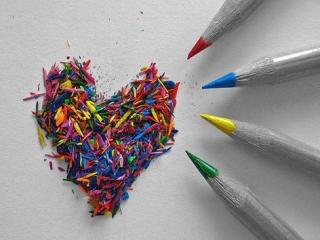 Hi! I'm so glad you're here. Welcome to where I crack open my heart on a page, ramble out loud and life pours from the broken places. This is redemption. Not that I loved Him but that He first loved me. Yours because I'm His, Karen